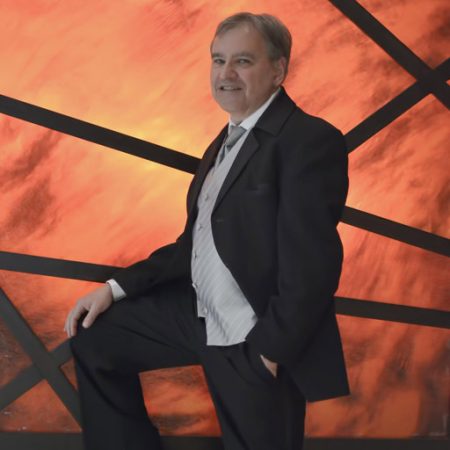 First off, don’t believe anything John says. According to legend, he quit school at ten years of age and ran away from home to study piano at a conservatory located at the base of the Dabie Mountains range in central China. Unfortunately, after several months of being a stowaway aboard a ship called “Broaden Your Horizons,” he discovered that it was quite impossible to get to central China on a ﬁshing boat.

After this unfortunate set-back, he had the incredible opportunity to perform on the now cancelled TV Series YES, EVEN YOU CAN BE A MUSICIAN.

He claims his musical background covers everything from Polkas to Jazz, but he’s still trying to ﬁgure out why they put the black keys on the piano, constantly complaining because they get in the way. After traveling the world without a GPS, he is “thrilled” to use his EZ-Pass to perform with the amazing Picture

Other company brand and product names are trademarks or registered trademarks of their respective holders.
Copyright © Picture Perfect Band, 2009-2017. All rights reserved.
Site designed and hosted by Positive Results Marketing