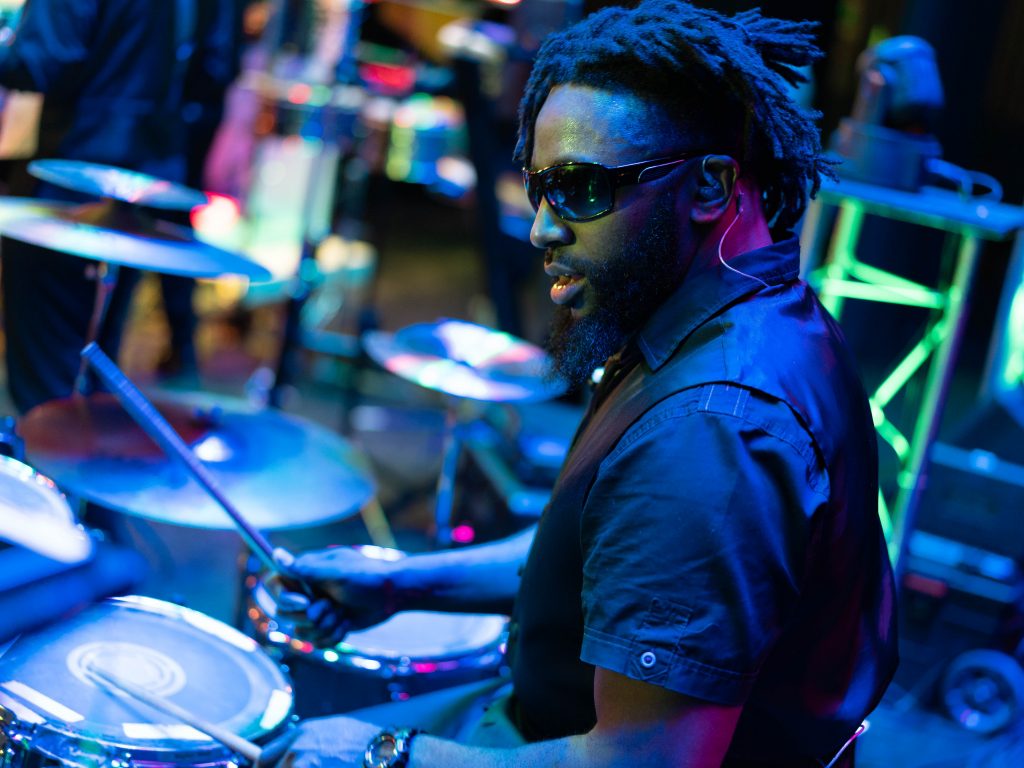 At the age of twelve Jimmy Gee began playing drums in a church in North Philadelphia, which consisted of a standard Gospel genre, but potentially fusioned various styles of music. In high school the young drummer was forced to choose another instrument due to the extensive line of drummers in band. Taking up trumpet gave the self-taught drummer a knowledge of reading sheet music and having a fondness for other instruments.

At the adult stage of his life, Jimmy relocated to NEPA by way of Wilkes Barre, where he was introduced to renowned Blues Artist guitarist/vocalist Clarence Spady, where he began to mold his Live Band career with “The Clarence Spady Band” for several years. During this time he also had the opportunity to collaborate with some very talented local bands such as “The Collective Project”, “Big Daddy Dex’s Saloon House Band”, “Tony Carfora’s Nite Vibe”, “MoodSwing Band”, and after mixing with several other musicians and units he found his home with Picture Perfect Band.

Never forgetting his roots, Jimmy Gee is currently also the drummer for his home church Mt. Zion Baptist Church in Wilkes Barre.
While he is currently fluent in Gospel and R&B genres, he also blends with endless grooves in many other genres such as Rock, Pop, Reggae, Jazz, Funk, Blues and is always open to more.

Music was my 1st love, as a gift from God, and I enjoy sharing this love with others.

“One good thing about music, when it hits you, you feel no pain..” -Bob Marley